LONDON, ON – United Racing Series officials have unveiled the 2020 APC Series schedule, releasing a familiar slate of events with a slight shakeup in the progress of the season and returning to a traditional standalone event format.

As it has been each year since inception, the tour is scheduled to kick off at Innisfil’s Sunset Speedway, a tight high banked oval that provides side by side battles throughout the entire field. Flamboro Speedway will retain its position as the second stop on the chase for a championship on Saturday, May 30th.

June will remain the same as the 2019 schedule with the APC Series heading to Jukasa Motor Speedway on Saturday, June 20th and then heading to Delaware Speedway for the Canada Day weekend on Saturday, June 27th. Round five will have the cars and stars of the APC Series heading to the beach for the first of two stops at Sauble Speedway on July 11th. Flamboro Speedway will play host to round six on the tour as the events are slightly more spread out than 2019 where Flamboro hosted round two and five.

A busy month of August will start when Sauble Speedway hosts the APC Series for the second time on August 1st. The August long weekend event has become a staple on the schedule and always provides excitement. The mid-week special at Jukasa Motor Speedway will once again provide a unique twist to the schedule as the tour makes its second of two stops at the track on Thursday, August 13th.

The penultimate event of the 2020 season will take place at Sunset Speedway, an event that is always drama filled and plays an incredibly important part in shaping the final event of the tour, which will once again be at Delaware Speedway for the annual running of the Great Canadian Race on Saturday, September 12th. 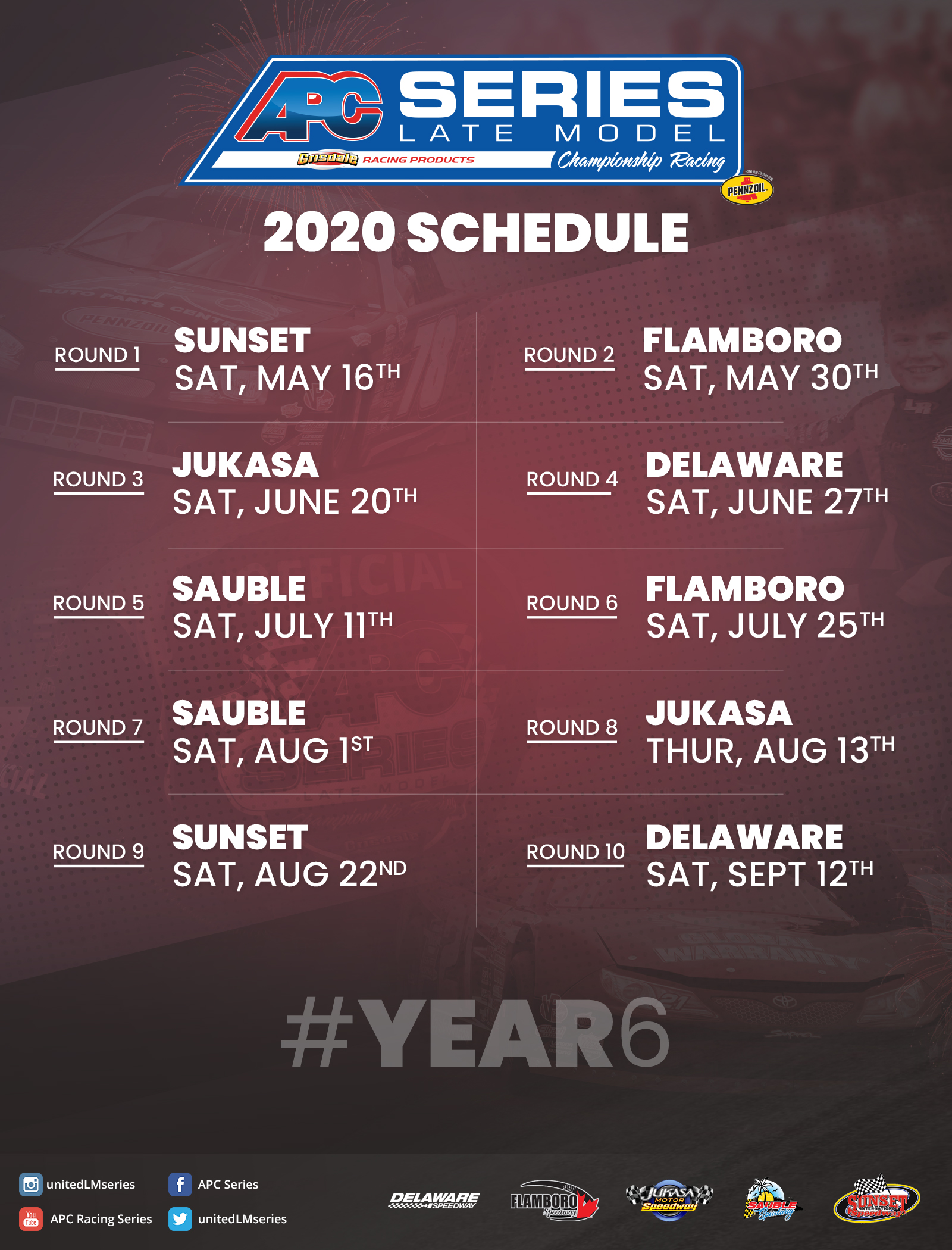