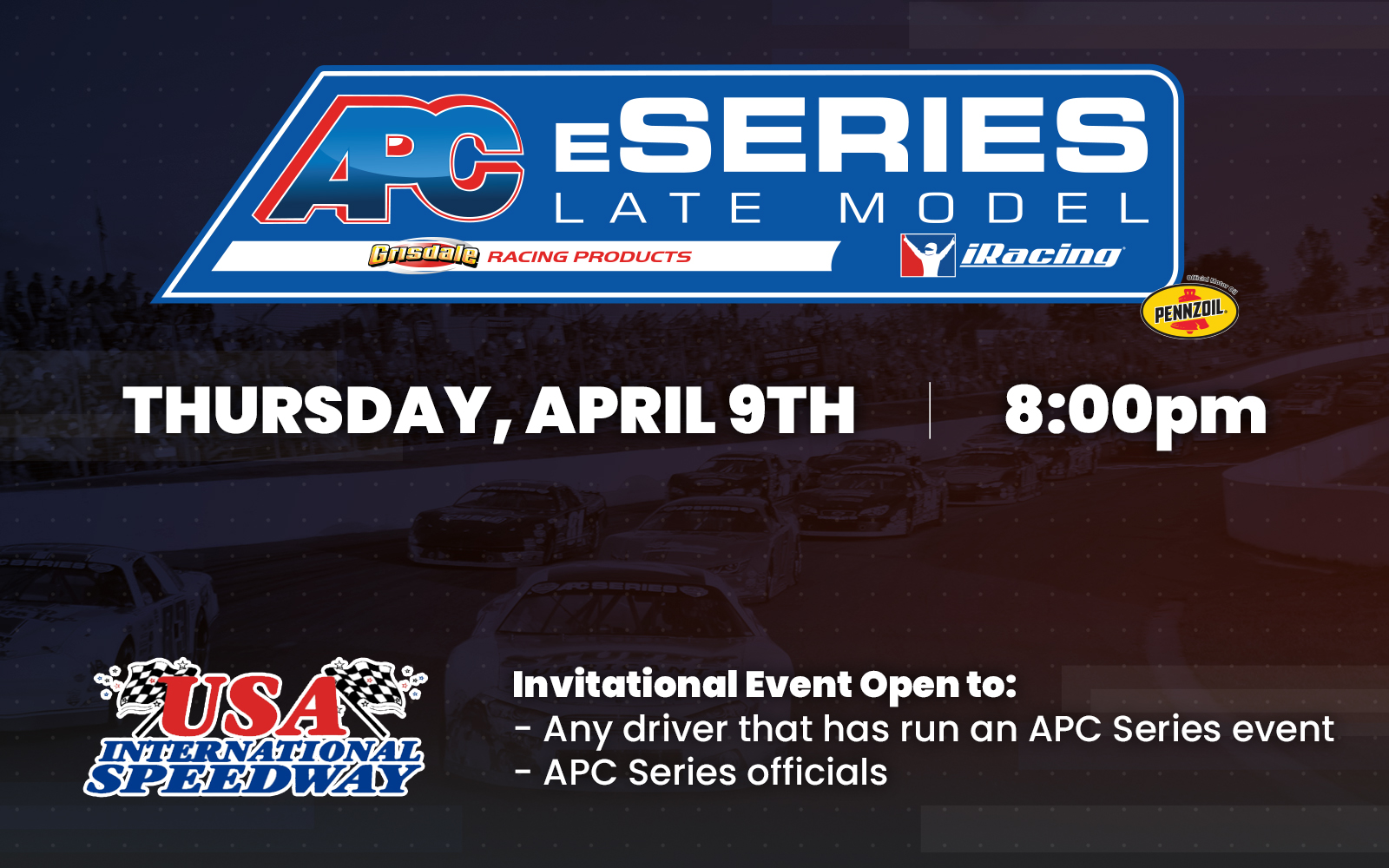 LONDON, ON – For the first time ever the APC Series is going virtual with an invitational event on Thursday, April 9th. iRacing is the world’s premier motorsports racing simulation and has been widely recognized as an amazing training and practice tool for real life racers as well as avid race fans and team members. With incredible life-like graphics and realistic physics, tire modeling and sounds, iRacing provides the next best thing to being at the track.

The invitational event will see real life APC Series stars and staff compete in a 100-lap race at the virtual USA International Speedway, a track that once hosted real racing in Lakeland, Florida. The track is said by many drivers to resemble Delaware Speedway in several aspects and will provide great racing. Practice will be hosted several times through the week to see how drivers stack up and offer a clean and fair environment to practice. The event will utilize a ‘fixed setup’ where every car will have the same setup.

On race day the server will open at 7:00pm for practice before the scheduled 7:50pm single car qualifying session that will allow drivers to take two timed laps. At 8:00pm drivers will take to the grid for the main event that will see 100 green flag laps, just like real-life APC Series events. APC Series officials are currently working to make sure the event is live streamed for all race fans to enjoy; more information will be announced in the coming days.

Any driver that has run or attempted to qualify for an APC Series event in the past as well as APC Series officials will be eligible to participate in the race. Interested drivers are asked to contact Ryan Dyson to submit an entry into the event and to gain access to the league page.

An anticipated entry list based on drivers with iRacing accounts includes the following drivers and APC Series officials. An official entry list will be provided leading up to the race.