LONDON, ON – The Qwick Wick Fire Starter Super Stock Series is set for its official maiden voyage this summer with five events scheduled at four different tracks across the province. After an impressive three events in 2020, the United Racing Series officially formed the series. Among the events on the schedule is a return to Sunset Speedway on September 11th. When the tour rolls into the Innisfil, Ontario speedway it will do so with Saugeen Shores Transmission as the title sponsor of the event, known as the Saugeen Shores Transmission 50. 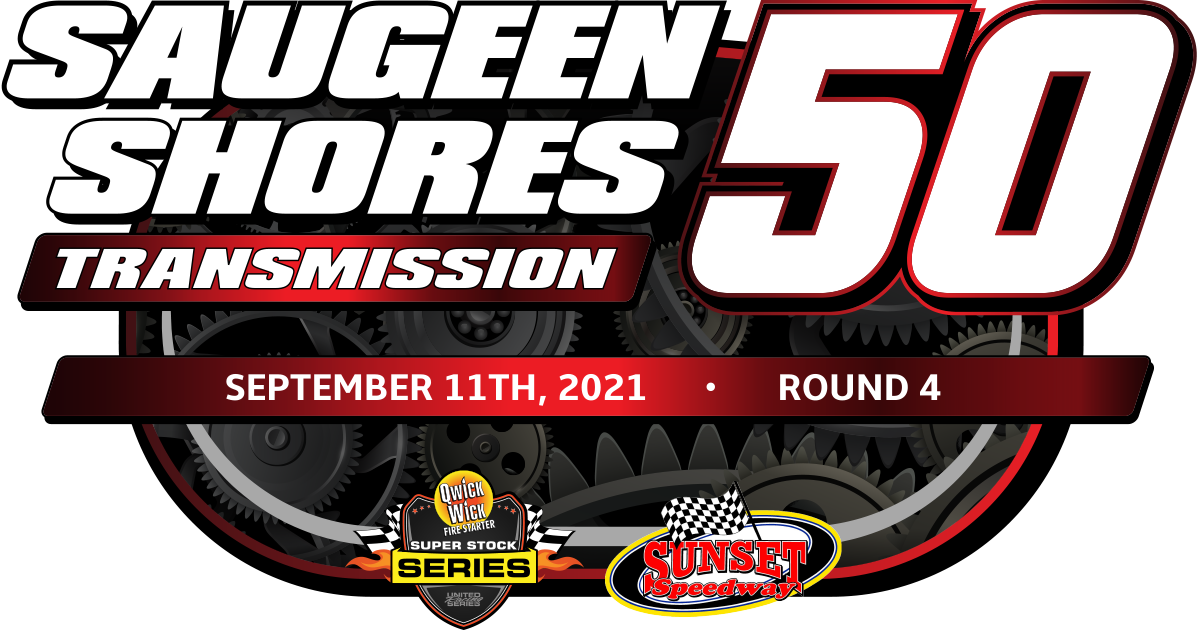 New ownership purchased Sunset Speedway in May 2009. Since that time, they have invested significant funds to upgrade the facility. During the 2009 season many fan comfort repairs took place including grandstands, cement walkways and general overall appearance upgrades.

At season end in 2009, the existing track asphalt was ground out, walls were removed, and it was extended 50’. A pit road was added for future hosting of traveling series events. The track has been resurfaced and is now a 1/3 mile high banked oval.