LONDON, ON - United Racing Series officials and Sauble Speedway management have worked together to make up the rained-out event originally scheduled for Saturday, July 31st. The event will be added to the August 21st event as a 75-lap race and the originally scheduled Stewart’s 100 will also become a 75-lap race. The event will officially become a doubleheader race day with rounds four and five.

The AP Emissions Technologies 75 presented by Quaker State and Stewart’s 75 will be pivotal races for the 2021 championship hunt. It is not the first time the APC United Late Model Series has ran twin events, with twin 75 lap races happening at Jukasa Motor Speedway on August 27th, 2017, and a doubleheader weekend taking place at Sauble Speedway in 2019.

With racetracks and series having condensed schedules in 2021, track and series management felt the best way to make up the rained-out event was to do it on a day when teams were already traveling to the facility, thus not overlapping any other existing events. 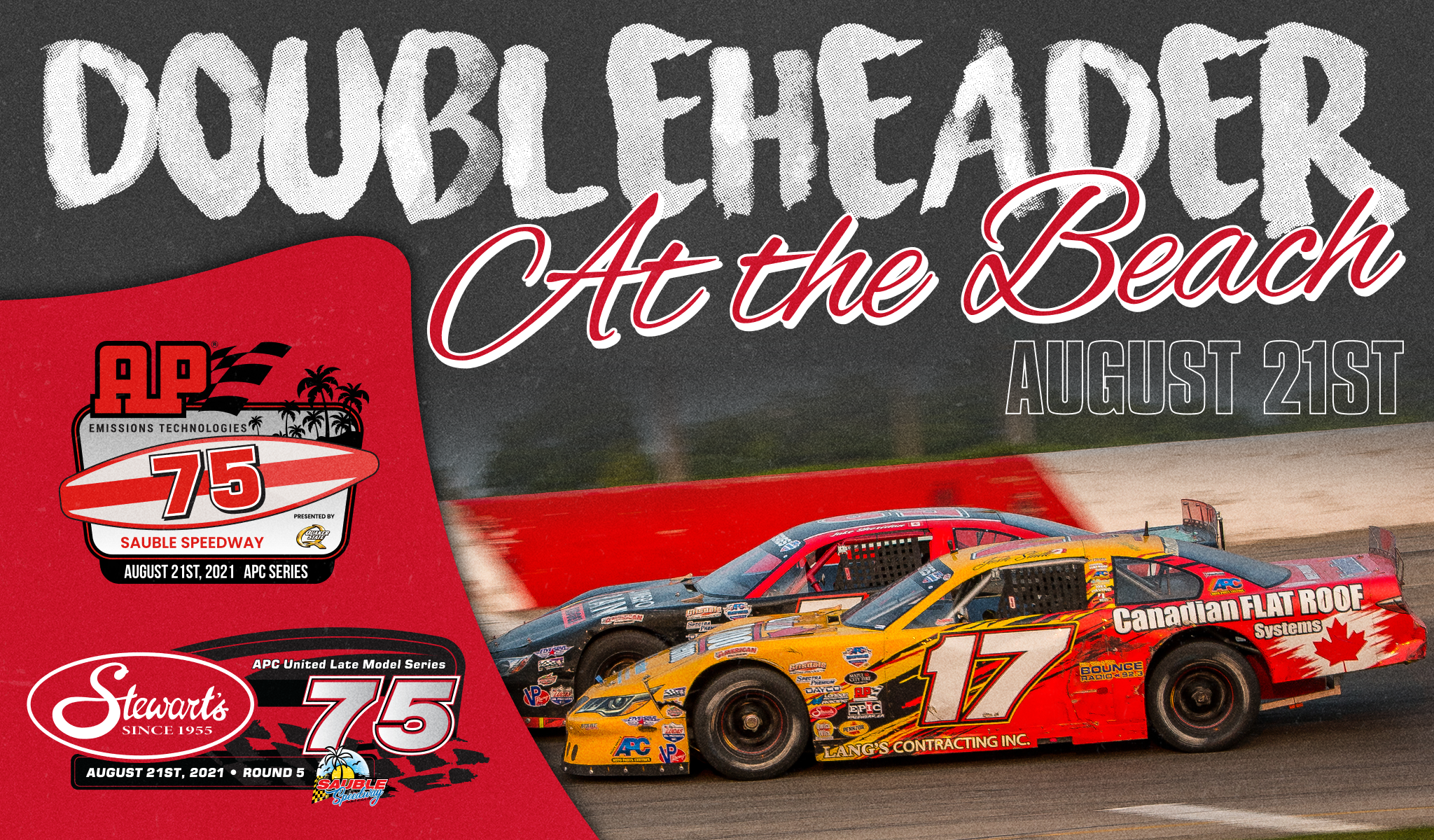 More information about event procedure will be available shortly. For everything United Racing Series stay tuned to www.UnitedRacingSeries.com.