The APC Series is set for its fourth and fifth rounds of the 2021 season this weekend at Sauble Speedway. Due to a rainout earlier in the season, the event will now feature twin 75 lap races and play a crucial role in the championship hunt for teams. View the full press release here.

Entering the event, Brandon Watson and Pete Shepherd are tied for the points lead with several other drivers within striking distance including Dale Shaw just 8 markers behind and Treten Lapcevich 10 back from the points lead. 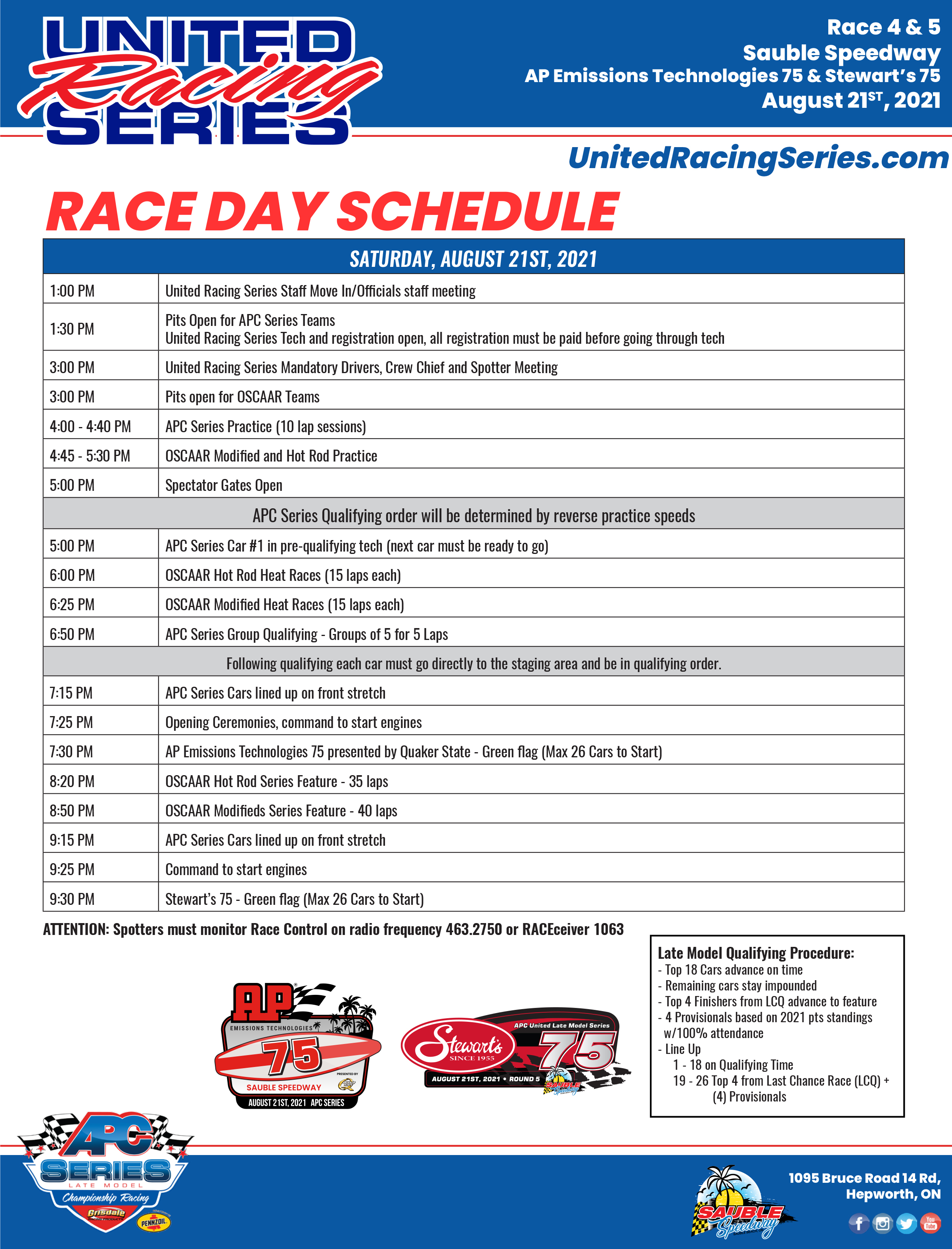