The United Racing Series is heading to Delaware Speedway to crown its two 2021 champions! The Qwick Wick Fire Starter Super Stock Series will be in action Friday night to kick-off the Qwick Wick Championship Weekend with their 50-lap season finale. Trevor Collver holds a 6 point lead over Lane Zardo as the top five in points are separated by just 15 markers.

When the APC Late Model Series rolls into the facility on Saturday for their championship event, Brandon Watson will be looking to become the first ever repeat champion. Watson holds a 10 point lead over Pete Shepherd and a 13 point lead over former Rookie of the Year driver Treyten Lapcevich. 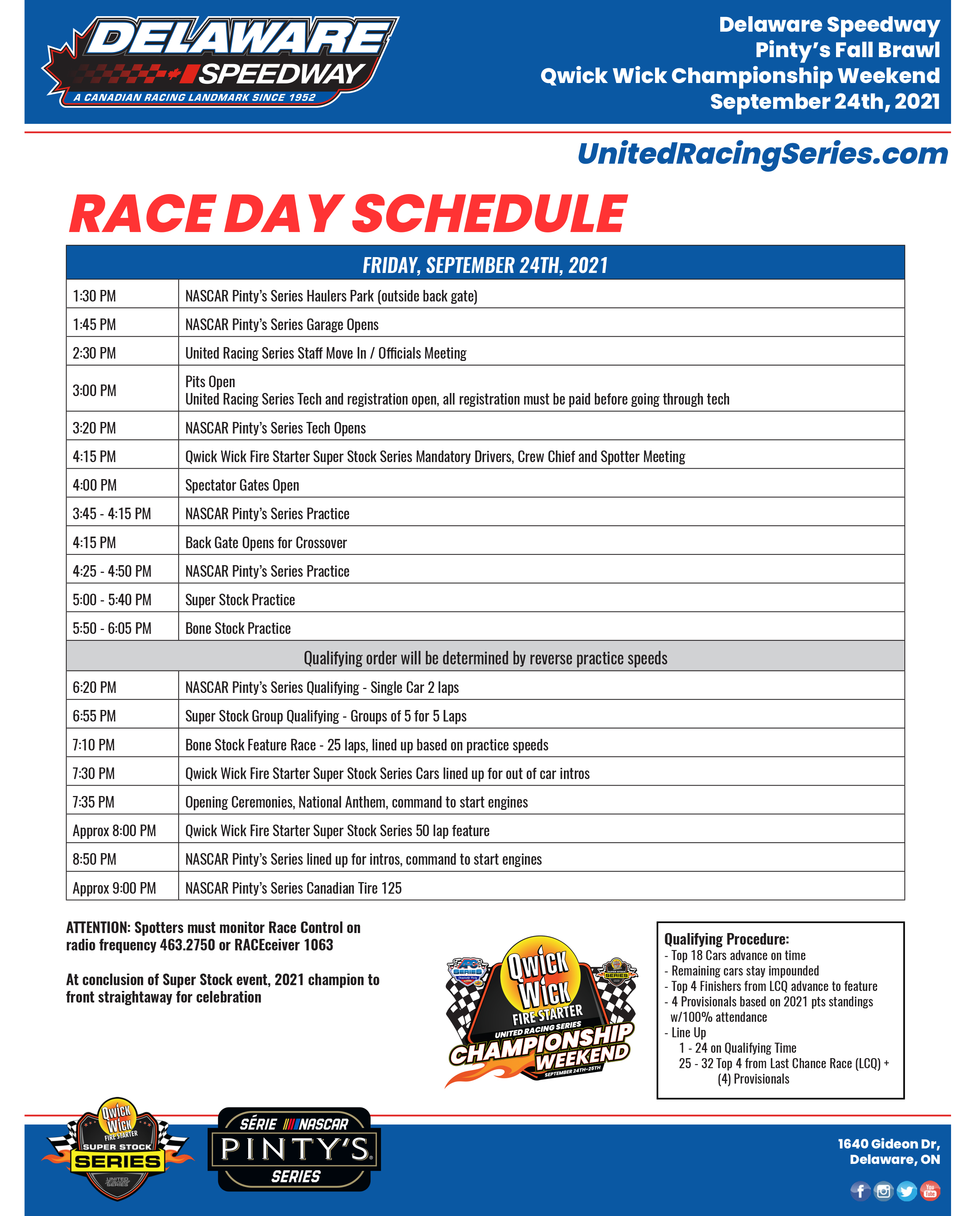 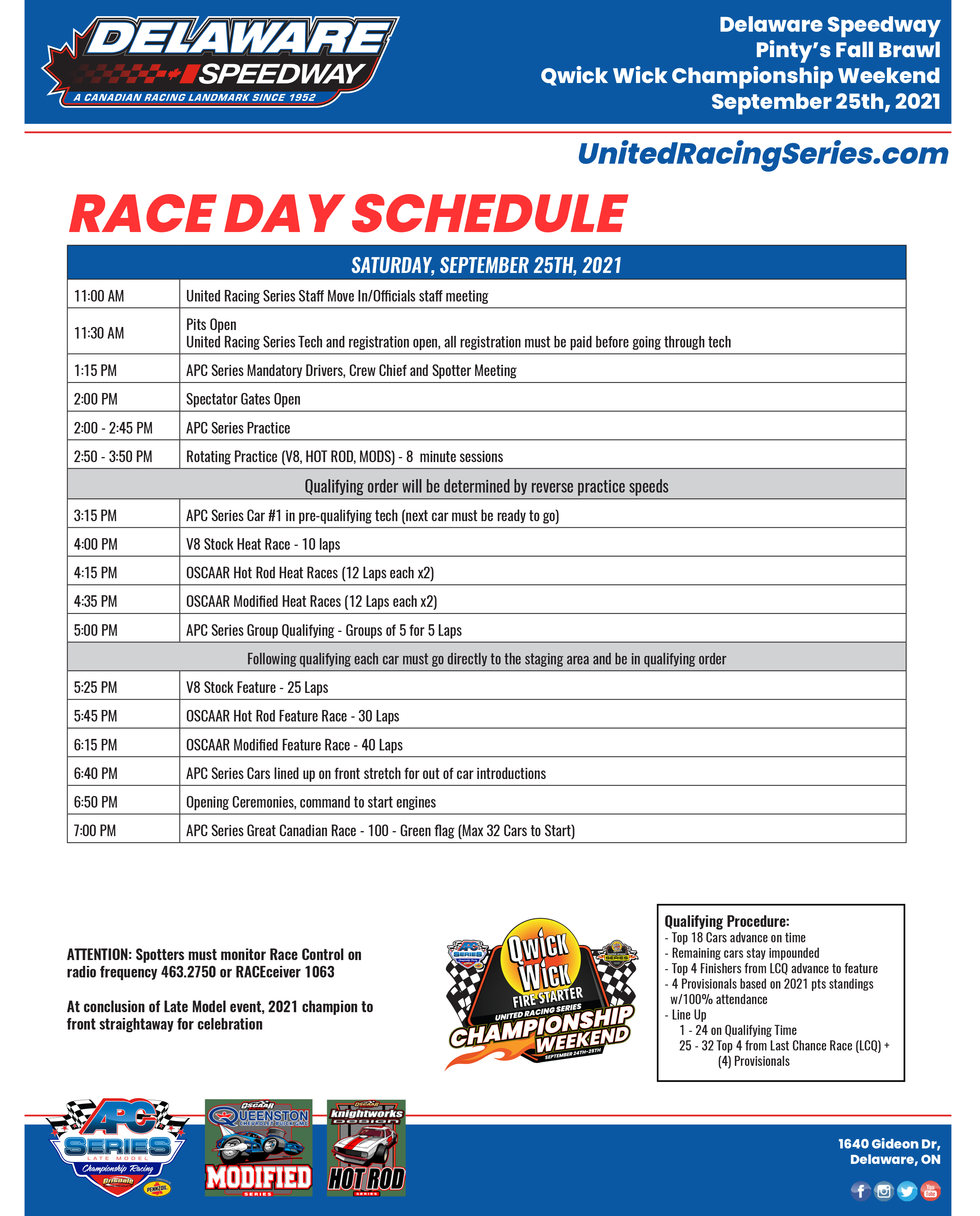