LONDON, ON – The Qwick Wick Fire Starter Super Stock Series is set for its third full season of competition with another five-race slate ahead for the top teams in Super Stock racing.

The tour will kick-off on the tight confines of the track dubbed “Canada’s Toughest 1/3 Mile”, Peterborough Speedway, on Saturday June 17th alongside the APC United Late Model Series. From Peterborough, the tour will head to Delaware Speedway to celebrate the Canada day weekend and open the two-day event at the half-mile track with a Friday night feature on June 30th, the night before the APC United Late Model Series.

The championship will once again be decided at Delaware Speedway as part of the Great Canadian Race Weekend on Friday, September 22nd, and if history repeats itself the title battle will come down to the closing laps.

The points format for the tour will be streamlined for 2023, in order to qualify for points and points fund teams are required to register and participate at a participating home track (Delaware, Flamboro, Peterborough, Sunset) for a minimum of 60% of the races. Teams will earn one bonus point for each home track race they run after the 60% criteria is met, to a maximum of four bonus points. The four bonus points can be earned by racing at any of the four participating home tracks in a weekly event. The points structure for the five tour races will continue to follow the United Racing Series structure outlined in the general rule book. 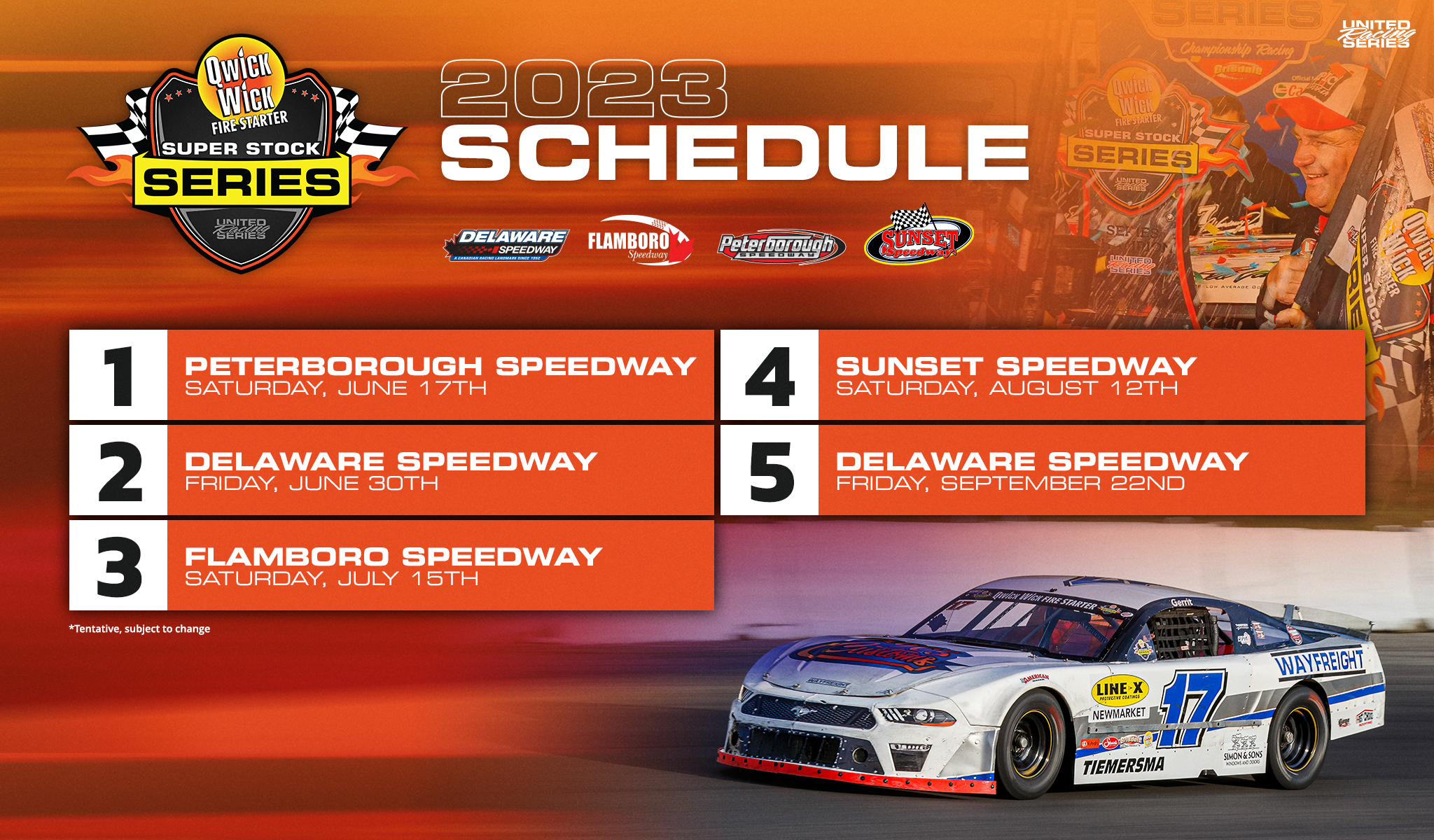 ABOUT UNITED RACING SERIES: The United Racing Series debuted in 2015, and immediately drew attention from around the province with the formation of the APC United Late Model Series. Fans, drivers, and sponsors alike were left wanting more after a wildly successful inaugural season that saw the championship battle come down to the final laps. The series that took Ontario by storm has continued to grow for years and has brought Late Model racing in Ontario to what it truly should be. The United Racing Series is also the home of the Qwick Wick Super Stock Series and the OSCAAR Modified and Hot Rod Series. The goal of the United Racing Series continues to bring out top talent and create a racing atmosphere that is one of a kind. www.apcracingseries.com.

ABOUT QWICK WICK: Qwick Wick fire starters are guaranteed to start your campfire, firepit, wood stove or fireplace without the need for kindling or newspaper. The combination of their proprietary blend of all-natural wax and wood shavings allows us to produce the world's BEST fire starter.