After over a month of social media competition, 28 different battles and over 14,000 votes cast, the APC United Late Model Series fans have spoken. The APC Series is proud to announce Hudson Nagy as the most popular driver for the Series in 2019. In a final round matchup against Josh Stade, nearly 3,000 thousand votes were cast with Nagy being determined as the overall winner.

Congratulations to all the drivers and teams in the series on a fantastic 2019 season and taking part in this fun offseason contest also thank you to all the race fans for making this most popular driver voting a massive success. 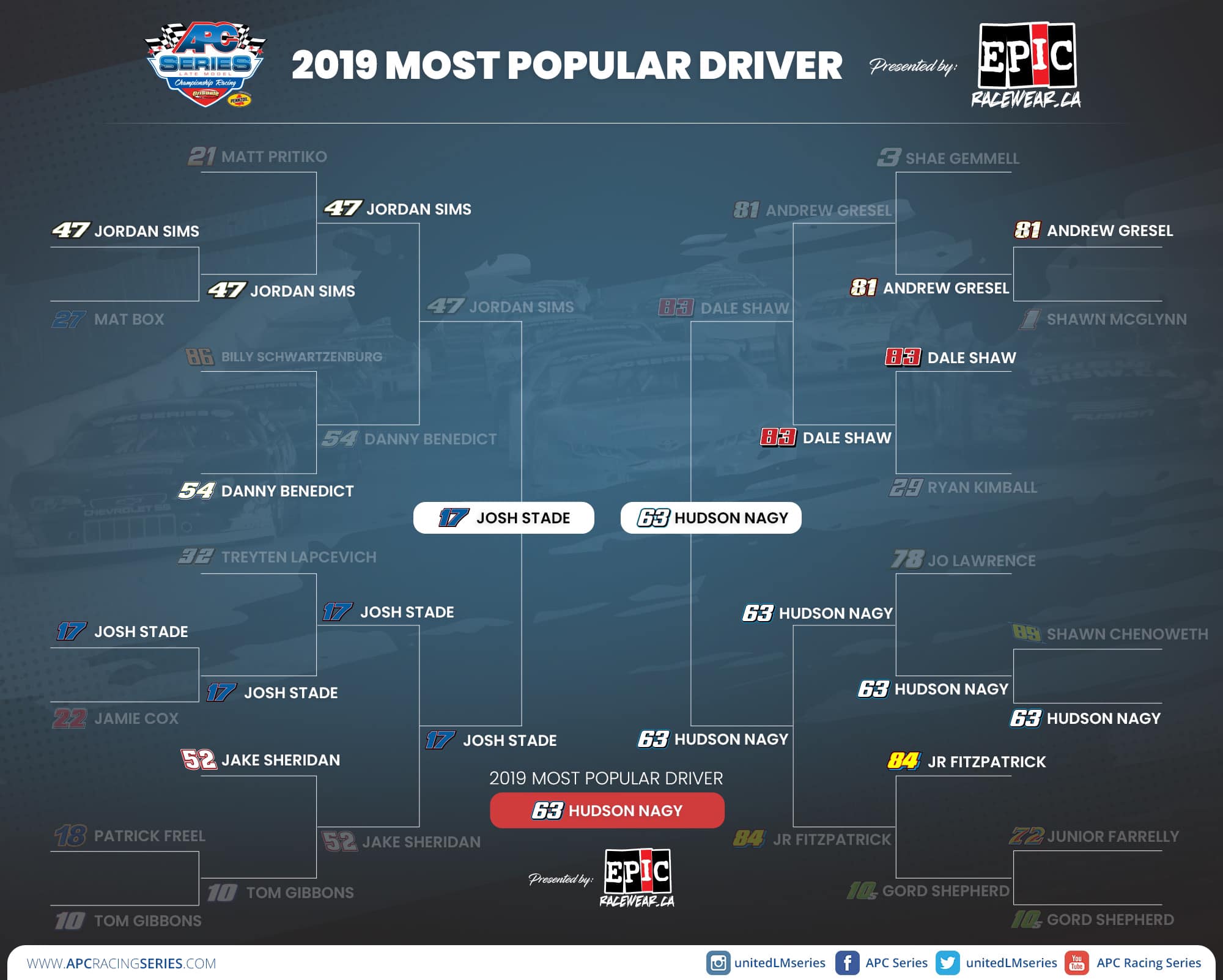