For the 2021 season the United Racing Series will once again offer incentive programs for the APC United Late Model Series. The two programs include free tires for teams that maintain 100% attendance in the series, with up to five tires being available for running the full season. 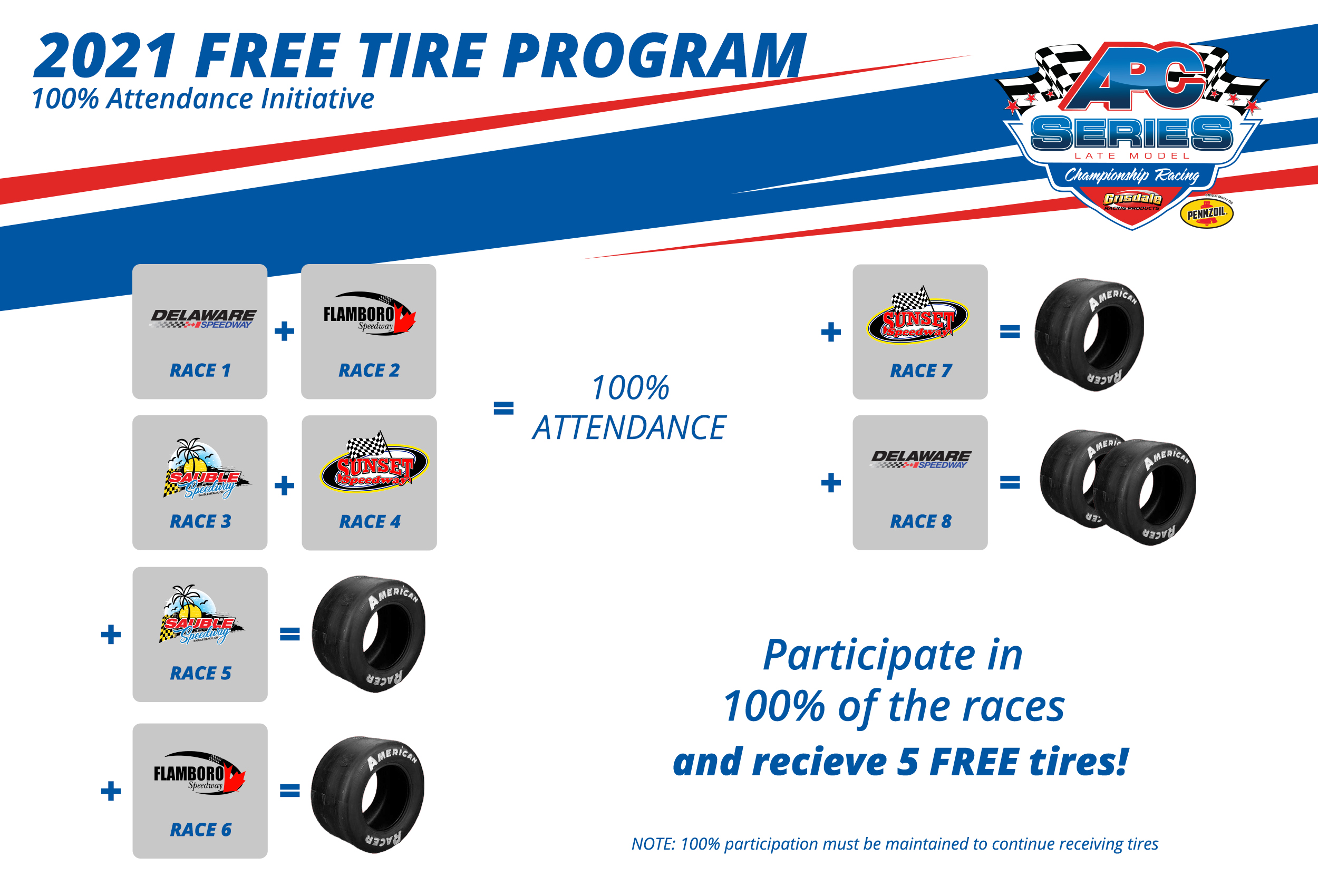 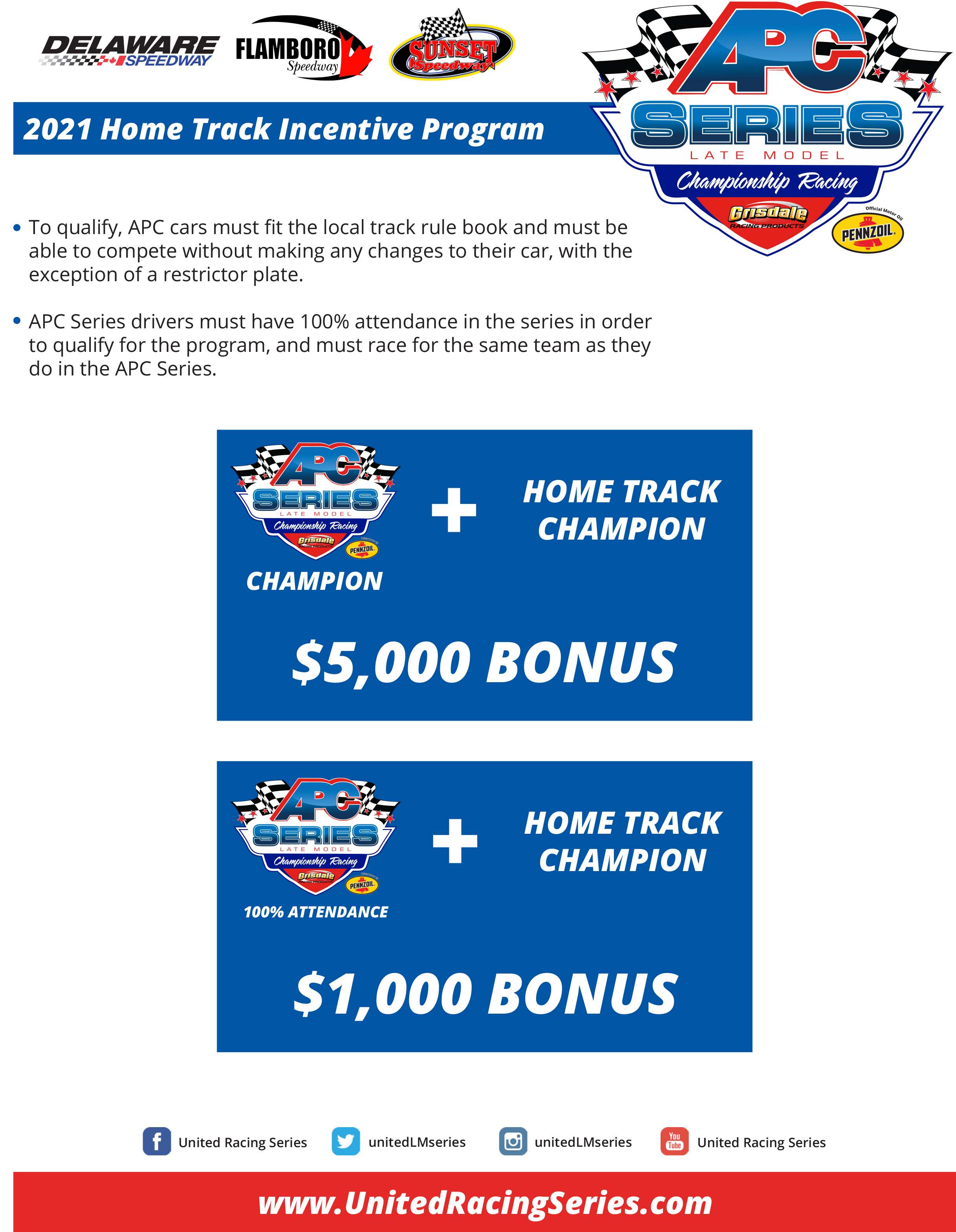