The APC Late Model Series standings are currently led by Brandon Watson after another podium finish at Flamboro Speedway. Treyten Lapcevich sits just ten points back and is looking to make it seven APC Series champions in seven years, but he has some work to do with just two races remaining.

The Qwick Wick Fire Starter Super Stock Series put on another incredible show, running green-checkered at Flamboro Speedway where Gerrit Tiemersma earned his first series victory. Ray Morneau left the track with the points lead, however home track bonus points have yet to be added in and will play a large part in deciding the 2021 champion. Learn more about the points system here. 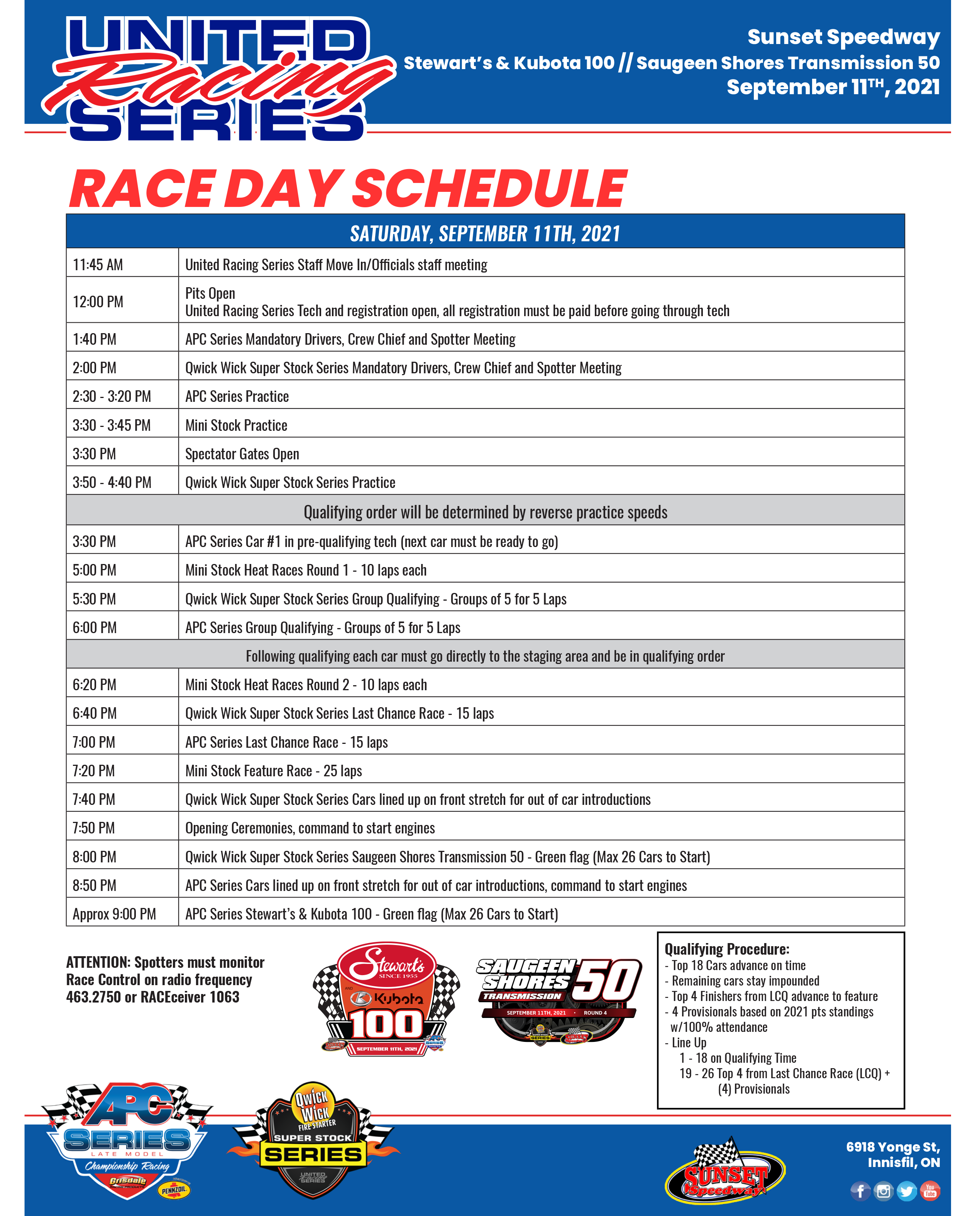