LONDON, ON – With its first full season in the record books and eight total races across two years completed, the Qwick Wick Super Stock Series is set for its province-wide tour again in 2022. Five races at four different tracks combined with home track bonus points will once again crown the champion in September at Delaware Speedway.

The tour will kick-off at Millgrove, Ontario’s Flamboro Speedway on Saturday, June 4th. The series will join the APC United Late Model Series at the tight bullring, something that will happen every time the Qwick Wick Super Stock Series hits the track as there are no standalone events in 2022 as there was in 2021. In 2021, Gerrit Tiemersma took the victory at Flamboro Speedway.

The tour will return to Peterborough Speedway for the second race of the season on Saturday, June 18th. The event will have lots of excitement surrounding it after a barn burner of an event in 2021 that saw Carson Nagy victorious. The third race of the five-race season sees the tour head to Delaware Speedway for its first of two events at the half-mile. With fresh asphalt, there are many unknowns heading into the Canada day event. Trevor Collver won the Canada Day event in 2021, the race was the season opener due to a delayed start to the season.

Sunset Speedway will host the only August event for the series, taking place on August 13th. In 2021, Lane Zardo narrowly edged Dwayne Baker for the win after a very exciting battle on the high banks. The Qwick Wick Super Stock Series will head back to Delaware Speedway on September 23rd for the championship event, part of the United Racing Series championship weekend. The championship event in 2021 saw the battle come down to the closing laps with Lane Zardo edging Trevor Collver by a mere three points. 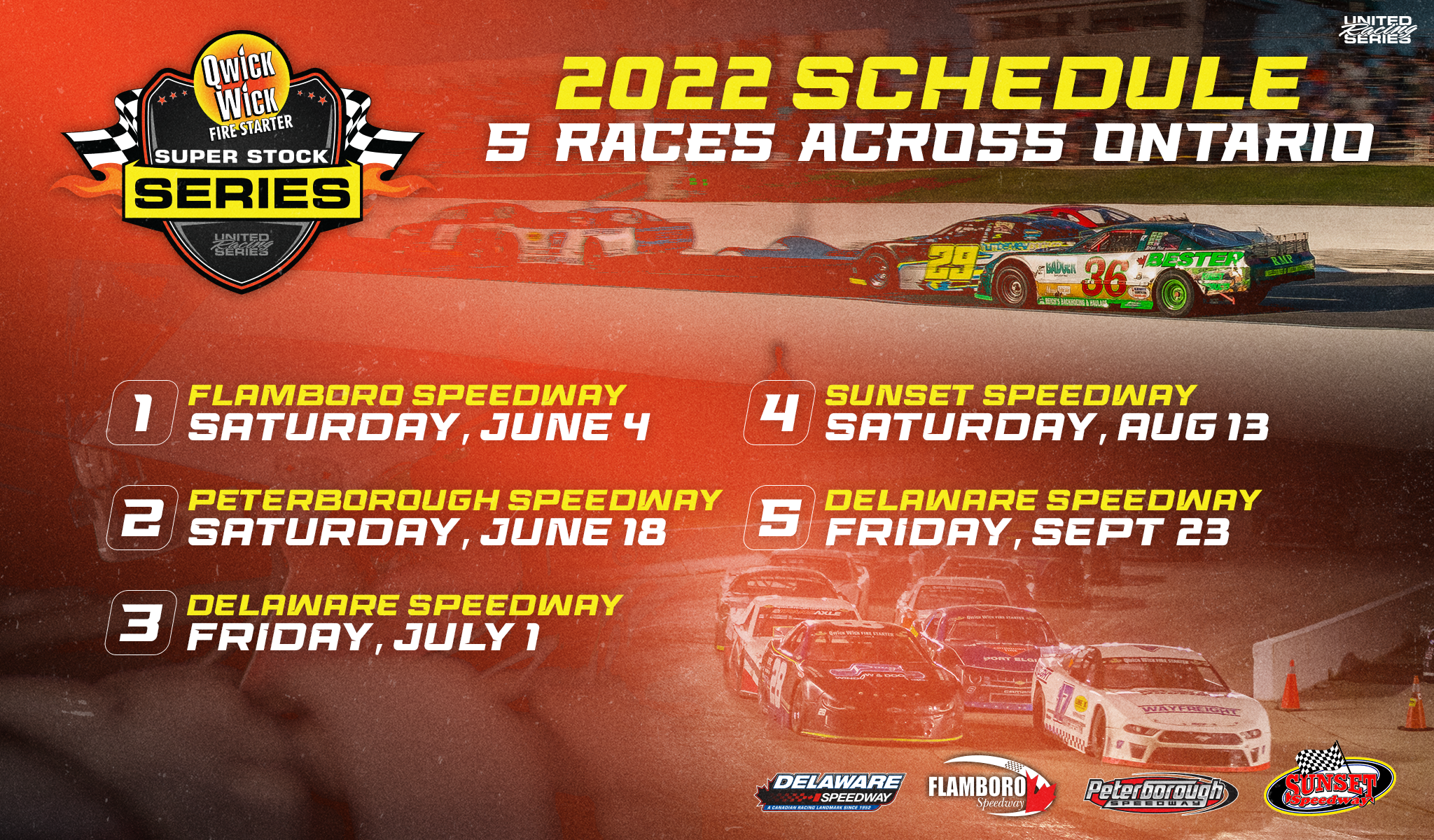