Gumout Comes Onboard as Event Sponsor

The APC series is very excited to welcome Gumout Performance Additives as the official event sponsor for the opening race of the 2017 season. The event will take place on May 27th in Innisfil Ontario at Sunset International Speedway, and kick off a winter long build up for the 2017 season.

The previous 2 seasons for the APC series saw the opening event held 2 weeks prior to this, however with poor weather plaguing that weekend historically the series and the track decided it would be in the best interest of racers, fans, & sponsors to move the event 2 weeks later in hopes of catching beautiful weather.

This event in 2016 was pushed to June due weather and would serve as the second event of the season it was won by eventual 2016 champion Andrew Gresel, and marked back to back victories for the Sauble Beach driver to begin what would be a championship calibre season. Gresel overtook Dale Shaw late in the race to claim the victory, while Shaw would go on to bring home his #83 in second place while the driver of the #23, Shawn McGlynn would come home third earning his first career APC series podium finish.

Gumout performance additives are scientifically formulated to clean, protect and enhance key engine and automotive parts. Proven to perform on the latest engine technology, like GDI/direct injectors and superchargers, Gumout products are equally effective on older technology, like carburetors. Because when you put better science in, better performance and engine life come out. Gumout products solve a range of performance issues, from carbon deposits on key engine parts to corrosion caused by ethanol and water. Formulas are created using the latest technology and are constantly put to the test to ensure that your engine performs when it really needs to. Any further information or to see a complete product list from the Gumout brand can be found on their website at https://gumout.com 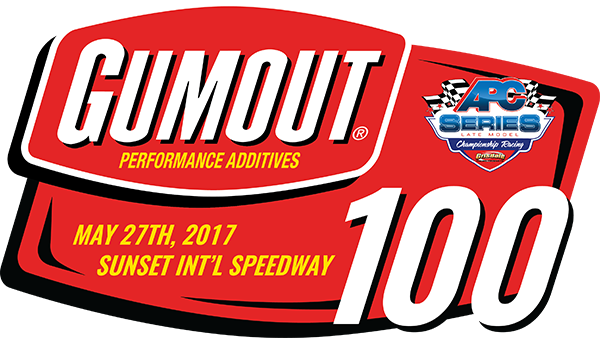